On a snowy day in London, as he was lying in bed and gazing at the ceiling, Sherlock Holmes’ mind was once again at work trying to crack yet another case. It wasn’t long before Dr. Watson came knocking at the door and described to him a most peculiar murder case. Sherlock at first paid no attention to any of what Watson had to say. However, when Watson told him of the tracks from the bicycle with which the culprit had made his getaway, Sherlock suddenly turned to him and said, “well, now, why don’t we have a look at those tracks?” When they had arrived at the scene, there was a smile on Sherlock’s face. That was because he, too, could not figure out where the tracks were leading.

Even once everybody had retreated to their homes due to the bitter cold, Sherlock was still intensely trying to figure out where the odd tracks led. There were two different types of tracks belonging to two different types of tires. One must’ve belonged to the front tire, and the other to the rear. He then realized he needed to figure out which kind of track belonged to which one of the tires in order to discern the direction the culprit had taken.

Once Sherlock returned home, he selected a few dusty old tomes from among his collection of books that numbered in the hundreds. He felt that the mathematical works he had chosen from his library might offer insight into the problem he believed to have a connection with the subjects of geometry and the newly-discovered calculus. A few hours later, he had begun meticulously studying the topic of differential curves, which had not yet made its way into mathematical literature, as the mystery before him completely pertained to the matter of differential curves.

It wasn’t long before Sherlock realized that the tire tracks suggested that the two different types of tires had not moved in ways that were independent of each other. Due to a bicycle’s design, the front and rear tires were always in tandem with each other at a fixed distance and moved in conjunction with each other. Even so, how did this work out in practice?

At that point, Sherlock’s eyes wandered over to his pocket watch, which he had taken out of his pocket and placed on the table when he had entered the room earlier. When he laterally moved the chain to which the watch was attached in either direction, the watch followed the path of the chain and got ever closer but never quite reached where it was.

Sherlock thus knew that the resulting tractrix was not random and followed an absolute rule as Newton discovered the formula for a tractrix in 1676.

The work on calculus that Sherlock had been studying referred often to the concept of tangent lines in the section on differential geometry. That is why Sherlock proceeded to select a random point from the tractrix and drew a tangent line towards the so-called asymptote. It was then that he stumbled across something fascinating. The chain’s length on his pocket watch and that of the tangent line were the same, and this could be no mere coincidence. What was more is that this held true even when we drew another random tangent from the tractrix to the asymptote.

It wasn’t for naught that this coincidence became apparent. It was because the bicycle behaved just like the pocket watch and its chain, as bicycle tires always move in the same direction. The back wheel’s motion always followed that of the front wheel, and it is always at a set distance from the front wheel. It is also worth noting that the front wheel can both pull and push.

That is where Sherlock noticed an interesting detail. There were two branches to the tractrix, and when the bicycle was shifted at specific points, while the rear wheel traveled on one of the points, it would switch to a path that fell on the other branch after the shift. Furthermore, when he was to draw a tangent line from the pointed on of the tractrix to the asymptote, he was pleasantly surprised to discover that the length of the tangent line was the same as the distance between the points of contact of the tires on the ground (essentially, the wheelbase). Any tangent line from any point on the tractrix to the asymptote would indeed have the same length.

Of course, in the real world, bicycle tires did not behave like a tractrix. Nor did bicycle tires move in a perfectly straight and horizontal manner. A bike rider naturally shifted the front tire to the right or left, which yielded different albeit unique tracks.

According to Sherlock’s observations, when someone directed the front tire in periodic oscillations, the rear tire did so well, but with a smaller amplitude. So regardless of the presence of a bicycle, discretion could be made to which set of tracks belonged to the bike tire because the tire with the smaller amplitude would have to belong to the rear tire.

It was at that point which Sherlock realized he was very close to cracking this case. He now knew which set of tracks belonged to which tire. Well then, which direction had the bicycle taken? How could he discern this? He remembered Newton’s notes from a few centuries ago.

Yet suddenly, an unexpected question sprung into his mind! What if the tangent lines were of equal length for both directions? Was such a thing possible? According to Newton, it was a mathematical possibility.

Sherlock had a smile on his face. Because he now knew in which the bicycle was heading and would not even be bothered by discerning the identity of the murderer.

In summary, if we are ever to encounter bicycle tracks on the ground, trying to discern the direction of travel for the bicycle could be a refreshing mental exercise. First, you would need to figure out the rear tire (from the smaller variation in its oscillation pattern). Then you would need to draw tangent lines from the rear tire towards the front, ensuring that they are all in the same direction. If the resulting tangent lines are of equal length, congratulations, you have figured out which direction the bicycle was traveling in.

*** When you apply this method in the real world, you may notice that the rear tire does not always precisely follow the tractrix. This is because bicycles do not always have the same wheelbase. There are many types of bicycles; some are for racing, and some are for leisure. That results in differences in the design of their frames.

Designers usually emplace the front fork and axle on a bicycle with great care and precision regarding its angle. The slightest change in the design can result in apparent differences in the bicycle’s continuity and wheelbase when turning or leaning.

Though simple mathematical models such as this one often omit such real-world factors and considerations, they still offer us greater insight into how such principles work.

*** I wrote this article after I watched Simon Foundations’ video about bicycle tracks.

To Your Brain, Listening to a Book Is Pretty Much the Same As Reading It
Why Are There Still So Few Women in Science?
Choosing the Right Seat: Musical Chairs
Stop Trying to Raise Successful Kids 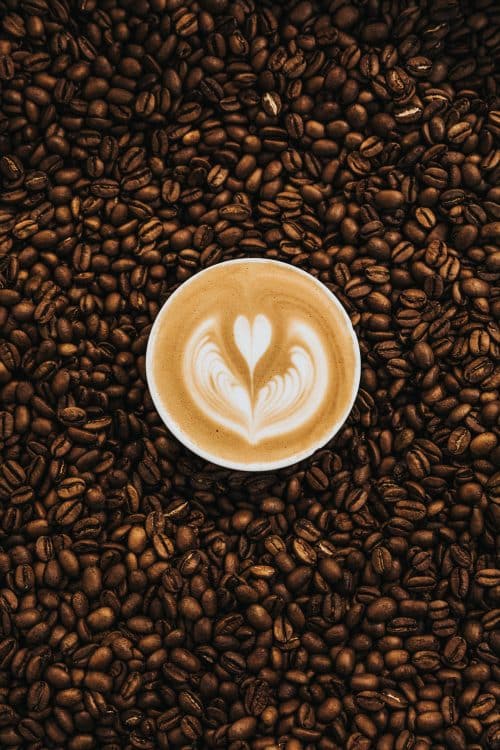 15 Mind-bending Books to Grasp the Idea of Time

20 Mathematicians Who Changed The World